Watch the Game with Wendel

… and receive a Limited Edition Wendel Whisky Gift Package, plus a virtual ticket to watch a Leafs game over Zoom with hockey legend Wendel Clark. 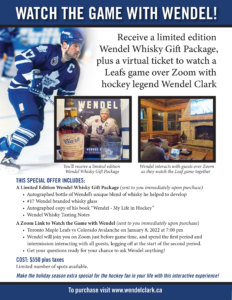 Make the holiday season extra special for the hockey fan in your life with this interactive experience! 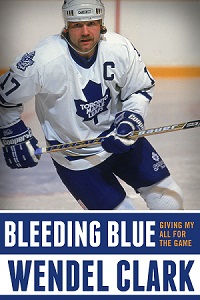 For more information on booking Wendel for your event please contact

Raise Your Game with Wendel Clark and TSN’s James Duthie